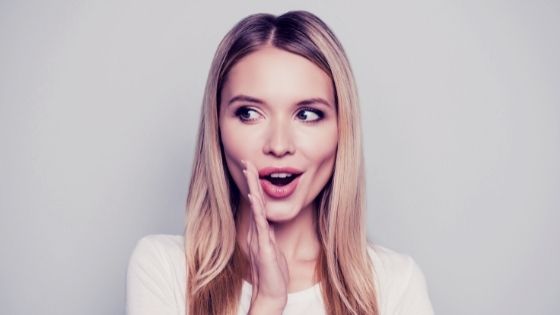 How do you let a guy know you like him without coming on too strong?

Contents
1 Should men always initiate?
1.1 What does the Bible say about who should initiate a relationship?
1.2 Initiating is not the same as leading
2 How to subtly let a guy know you’re interested
2.1 Talk to him more than you talk to other guys
2.2 Show an interest in the things he’s interested in
2.3 Encourage him
2.4 Smile and make eye contact
2.5 Use the power of an invitation
3 3 Things NOT to do if you are interested in a guy:
3.1 Don’t wait too long for a response to your signals
3.2 Don’t talk to him bluntly about your desires and interest in a relationship with him
3.3 Don’t play hard to get

I was raised with these ideas drummed into me:

I wasn’t sure if it was wrong to smile at a guy I liked, make eye contact with him, or talk to him. Was I supposed to ignore him and hope that somehow he would notice me?

The fuzzy line between friendly and flirty left me confused, guilty, and unable to relate to guys in a healthy way.

I’m relieved to say I don’t think like this anymore!

The belief that men should do the initiating often leaves women feeling helpless within their relationships and sitting around, waiting for their man to “appear” and start a relationship with them.

And it often doesn’t happen.

The idea of “only men can initiate” is a rule that precludes relationship. It leaves girls confused and guilty and hinders the expression of true Christian friendliness.

What does the Bible say about who should initiate a relationship?

The Bible isn’t clear on who should initiate a relationship.

Each story is different, but the underlying principle is that men and women need to be in tune with God’s will for their lives and seeking His direction.

Initiating is not the same as leading

One of the ideas that prevents girls from initiating is that initiating equals leading. But they are not the same.

Ruth initiated the relationship with Boaz. She let him know she needed a husband but then stepped back while he took the lead and pursued marriage with her.

She did not manage and control his every move or each stage of the relationship. She did not arrange for the marriage herself.

She alerted him to her interest and then allowed him to lead.

How to subtly let a guy know you’re interested

Simply put, be inviting and send the right signals.

A guy needs to know you are receptive to his attentions. He needs some encouragement to pursue you.

Here’s how to do this:

Talk to him more than you talk to other guys

If you talk to him more, he will get the idea that you are interested. Begin a conversation or keep one going when a guy approaches you. Be approachable and responsive. Guys don’t generally do small talk with each other. The only type of small talk guys like is with a girl they are interested in.

Show an interest in the things he’s interested in

Kristy noticed that Mitch was interested in photography – something she was also into – so she chatted to him about it. When she saw him taking photo’s of the sunset in a field she sent him a casual message telling him he better take some amazing photos. This sparked his interest in her, and so their relationship began.

Admiration is a breath of fresh air for a guy. It speaks of respect and valuing him. But, please, don’t walk up to a guy and blurt out a list of things you admire about him! Look for an opportunity to encourage him and then do it in a casual way.

This makes you approachable and lets him know that you are at least open to friendship with him. Ignoring him and avoiding him is not going to encourage him to approach you.

Use the power of an invitation

Invite him to do something with you without calling it a date, or defining the relationship – like joining you on an outing with friends. This is a clear sign that you are interested, but it provides an easy way for a guy to say no without it becoming awkward. This way no one need feel rejected or humiliated.

RELATED: How to tell the difference between flirting and friendliness

3 Things NOT to do if you are interested in a guy:

There are some no-no’s when it comes to the guy you’re interested in:

Don’t wait too long for a response to your signals

Don’t hang around making a pest of yourself if the guy is not showing interest. Take his lack of response to your signals as indication that he is not interested, and back off.

This will appear desperate and pushy and put him off. If you’re sending him signals and he’s not responding it’s probably because he’s not interested, not because he’s clueless.

Don’t play hard to get

– not looking at him, not talking to him, not giving him any attention. This can cause confusion for a guy and can totally backfire on a girl. The mixed messages you give may make him walk away instead of pursuing you. Guessing games and ambiguity are not what a genuine guy, interested in real relationship, is looking for.

Finding the balance between letting a guy know you’re interested, and not appearing pushy, is difficult. But if you’re sensitive to God’s leading and don’t pursue something that clearly isn’t being led by God’s providence, you won’t appear desperate.

Has this challenged your thinking of how girls should relate to guys? Has it set you free in any way?

10 Ways to Rekindle a Dull Marriage

Note: This post first appeared in 2017 but has had a major overhaul. 🙂 Is your…

Should Married Couples do Everything Together?