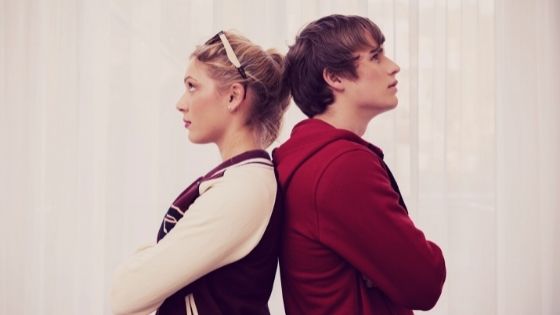 Since conflict can’t be avoided it needs to be managed.

You may be doing some things that are making your conflict worse without even knowing it.

We do this all the time don’t we? We tell everyone else about the problem instead of going to the person themselves.  It may make us feel better for a bit but it doesn’t resolve the conflict.

A third person is powerless to do anything about the situation and telling them about it only wastes emotional energy that should be used for resolving the conflict.

(I’m not talking about going to someone in confidence for advice about a relationship conflict, nor am I saying you should not get help if you are in an abusive situation.)

This is often an attempt to “punish” or manipulate the other person and accomplishes very little. Often the other person is unaware of how you are feeling which means the silent treatment is affecting only you. It allows you to build up more steam over the situation.

If you feel you are not ready to talk about the situation calmly then write down your thoughts and feelings about it.  This will help you let off some steam, process your emotions, and get your thoughts in order before bringing up the issue with the other person.

Let’s face it, criticism is hard for anyone to swallow, so make your argument as palatable as possible. Present your suggestions in a loving, encouraging manner rather than complaining, criticizing, or name calling.   Instead of saying, “You’re so selfish,” say, “When you get home late it makes me feel like I am not important to you.”

A woman trying to get her husband to come to church with her was simultaneously telling him that she was better than him because she went and he didn’t. Is it any wonder he didn’t want to go? Even if you are right, there is never place for self-righteousness in a “fight”.

While this is supposed to be humorous, sarcasm often has a dig to it intended to hurt or manipulate the other person. It often veils a truth.

Instead of sarcastic digs speak with sincerity when you are trying to resolve conflict.

This will most likely make the other person want to retreat or become defensive. Get your emotions under control so that you can have a calm, rational discussion.  This will get you much further than a meltdown will.

You may use hinting because you don’t have the courage to actually ask for what you need or say what you are really thinking.

It’s far better to pluck up the courage and be honest about what you are thinking, feeling or expecting. Instead of hinting at how full the rubbish bin is, ask your spouse or child to please empty it. Simple. Clear.  Not “misunderstandable”.

Don’t use guilt as a way to get what you want in a conflict. It is manipulative and will make the other person resentful. Guilt is never a good motivation for change anyway, so toss it from your conflict resolution toolbox.

Starting a conversation with “YOU IDIOT!” is not going to go down well and will definitely make the other person defensive. Learn to be gentle in your approach to disagreements and conflict.

It takes courage to express a concern in relationship and when you get defensive it makes it much harder for the other person to bring up things in the future.

Figure out why you get defensive when things are pointed out to you.  Are you assuming that because you are being corrected that you are a bad person? Separate your value from your behaviour.

Defensiveness doesn’t always take the shape of loud and ugly. I recently heard someone defending themselves in a calm, nice way, but it was still a defense instead of an acknowledgement of their mistake.  Making excuses is a form of defensiveness.

Words like “always” (“You always disappear when there’s work to be done”) and “never” (“You are never on time”) are absolutes.

Find another way of expressing your feelings about these situations.  It’s better to say, “It seems like you often disappear when there’s work to be done.” The person will immediately feel less attacked and less inclined to fight back.

13. Don’t expect others to read your mind

No one has the gift of being a mind-reader so don’t expect others to know what you are thinking and feeling.

Learn to express your thoughts and feelings in a responsible, mature way so that those around you will be able to respond well.  That doesn’t mean they have to do what you think should be done, but they at least have the choice and an understanding of where you stand.

Avoidance of issues does not make them go away. You may be able to “bury” them but unless dealt with they will crop up somewhere else – and likely more like a volcano next time.

Discipline yourself to stay engaged until your conflict is resolved – even if it means agreeing to disagree.

Relationships require work and dealing with conflict is part of that work.

Some simple changes in your approach to solving conflicts could make a huge difference to your relationships.

Chuck out the bad tools and replace them with gentleness, honesty, sincerity and courage.

Do you use any of these when you are in conflict? What’s the number one thing you need to change on this list?

Jennifer has diplomas in relationship counselling and CBT (Cognitive Behavioural Therapy), is a certified SYMBIS facilitator, and is certified in TPM (Transformation Prayer Minsitry). She lives in South Africa, has three grown children, and is married to her best friend – Richard.

What to do if you are in an Abusive Relationship

How to Start a Difficult Conversation