How to Deal with a Rebellious Teenager 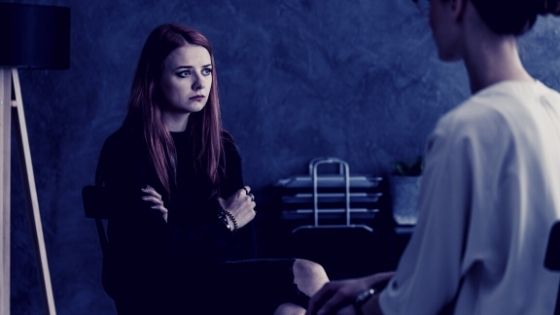 So your child is now a teenager and you’re noticing some rebellion. They tend to back chat you, spend more time alone, are embarrassed by you, argue more with you and generally resist your authority.

Contents
1 What makes a teenager rebellious?
2 What does teenage rebellion look like?
2.1 Teenage Transition is Not Rebellion
2.2 A Strong Personality is Not Rebellion
2.3 Questioning Authority is Not Always Rebellion
2.4 Making A Mistake is Not Rebellion
3 How to deal with a rebellious teenager
3.1 Pray
3.2 Re-examine your methods
3.3 Be willing to take ownership of your mistakes
3.4 Have a conversation with your teen
3.5 Practice reality parenting

What happened to your pleasant pre-adolescent? How can you navigate these turbulent teen years?

How do you deal with a rebellious teenager?

What makes a teenager rebellious?

It’s a biblical principle that we reap what we sow. And the teen years are the reaping years.

Generally speaking, teenage rebellion is a reaction to bad parenting.

Ouch. I know that hurts.

It’s true that Adam and Eve chose to rebel even though God was the perfect parent. Every child has free choice to rebel or to submit to parental authority – even when we do things right.

But, we are not perfect parents, so we must look at ourselves and see where, and if, we made mistakes.

Combined with the biological clock that kicks your teen into independence mode, there are a number of reasons for teenage rebellion – bad parenting, abuse, too much idle time, unfair treatment, failure to stay in touch with your child, or bad friends.

A lot of these can be prevented while seeking to build a healthy relationship with your teen.

But a kid who always does exactly what he or she is told and never makes a fuss is not necessarily un-rebellious. They may be brewing rebellion on the inside.

Conversely, a child who appears rebellious may not be.

In her book, Why I Didn’t Rebel, Rebecca Gregoire Lindenbach defines rebellion by what it isn’t. I’ve adapted some of her thoughts:

Teenage Transition is Not Rebellion

The teenage years bring moodiness, hormonal upheaval, and questioning of rules. Kids need this time of transition where they go from being who their parents say they are to who they decide they are.

Expect some disagreements, some interesting outfits, some tears or moodiness. Yes, teens need to learn how to regulate their emotions, but being moody is not rebellion.

It’s ok to allow your teenager to feel the intense emotions that come with adolescence. Give them understanding and compassion, and teach them how to manage those emotions.

A Strong Personality is Not Rebellion

Our standard definition of a good kid is someone who never makes waves, is always polite, helps out at church, and is soft-spoken.

What about the kid who is a born leader, doesn’t take no for an answer, and gets mad when they see injustice? Usually he or she is deemed rebellious because their personality is not mild and meek.

A strong personality needs refining and balancing, not squashing. And it is not rebellion.

Questioning Authority is Not Always Rebellion

One of my kids never had a rebellious bone in his body, but he always asked questions and reasoned with me. He was usually two steps ahead of me in his thinking and I often had to back down on my “no” because he was right.

He had applied his mind, thought far ahead, and used reason and logic to support his argument.

Sometimes kids need to know why the rules are there, and questioning those rules, or those who make them, does not mean they are rebellious.

There is a big difference between making waves and making trouble. In my experience (and I’ve seen this trait in girls too), these teens have a strong sense of justice and need to know the reason behind the rules.

They are the future leaders of your church and community, willing to face conflict and confrontation, and point out wrong.

Making A Mistake is Not Rebellion

There’s a big difference between the teen who repeatedly violates your rules with defiance and the teen who makes a mistake and comes home crying and apologising.

But, if the mistake happens a second time it should not be ignored.

It’s good to have high expectations of your kids, but demanding perfection is unrealistic. Help your kids learn through their mistakes and allow them to feel the consequences of their choices.

Making a mistake does not mean your child is rebellious. It means they are human.

How to deal with a rebellious teenager

Now, having said all that, do you still believe your child is rebellious? If so, here is what you can do:

– like you’ve never prayed before. Don’t underestimate the power of praying for your child and for yourself. Ask God to reveal to you what you must do to help your child.

Have you been too harsh or too permissive? Either one has the same result – rebellion.

Have you indulged self in your child?

Sometimes kids rebel because they are hurting – is your home a happy place, fractured by divorce, or filled with negativity?

Do all you can to figure out the cause of your teen’s rebellion.

RELATED: How to stay connected to your teen

Be willing to take ownership of your mistakes

Apologising is not a sign of weakness and it will not diminish your teen’s respect for you. In fact, it will increase it. Taking ownership requires you to apologise and do what you can to fix the mistake.

Have a conversation with your teen

Explain where you have gone wrong and how things are going to change. Decide on rules together and the consequences for breaking those rules. Teens are way more likely to cooperate with rules when they have helped formulate them.

RELATED: 3 Ways to get your teen to talk to you

Allow your teen to feel the consequences of their choices. You’ve heard the term ‘tough love’? Stop making excuses for your child’s bad behaviour, stop rescuing them from the trouble they get themselves into, stop allowing them to get away with defiance and disobedience. Be consistent and don’t let your feelings overrule principle.

You have only a short time before your teen leaves home. Make good use of it. Go on a rescue mission to save your child from rebellion. It’s a cry for help and he needs you now.

Have you misunderstood what rebellion really is? What is the most important thing you need to do for your rebellious teen?

Let’s face it, motherhood is challenging and exhausting. It can feel overwhelming at times…