How to Spot Rebellion in Your Child 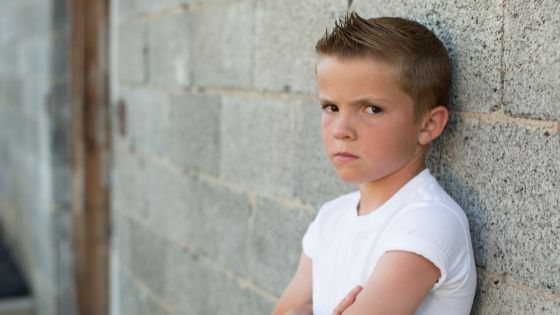 Note: This post first appeared in 2017 but has been overhauled. 🙂

Contents
1 Why should parents cultivate respect for authority?
2 Early signs of rebellion
3 Active Rebellion:
3.1 Knowingly disobeying
3.2 Defiant verbal resistance
3.3 Physical force
3.4 Temper tantrums
3.5 Ignoring instructions
3.6 Resisting a parent-initiated action
4 Passive Rebellion:
4.1 Consistent forgetfulness
4.2 External obedience with a bad attitude
4.3 Obeying on their own terms
4.4 Doing what is required, but not how it should be done
4.5 Walking away while being spoken to
4.6 Lying to escape discipline

Over the years I’ve learned to recognize rebellion in children.  I’ve seen it in the eyes of an 18 month old boy, in the lack of obedience in a 6 year old child, in the back chat and facial expression of a 13 year old, and in the quiet resistance to be told how to do something in a 19 year old.

A rebellious child will resist his parent’s efforts to direct his life and assert his will against the will of his parents. His actions or attitude are in direct defiance of parental authority.

Why should parents cultivate respect for authority?

Learning to honour adult authority prepares a child for future adult responsibilities in areas of work, social relationships, and citizenship.

Most importantly it prepares a child to respect God’s authority.

The story of Eli’s sons bears testimony to the danger of ignoring the early signs of resistance in children. God held Eli accountable for his sons’ rebellion because he did not restrain them. Eli had not corrected the resistance to his own authority in his sons and as they became men, that resistance grew into disrespect for God and His sanctuary.

The Bible tells us to “Honour all men.  Love the brotherhood.  Fear God.  Honour the king.” 1 Peter 2:17  This must be cultivated from a young age.

It’s important to take note of the early signs of resistance to your authority. Children don’t suddenly become rebellious. It creeps in slowly in the small things when they are still babies and toddlers. These are things like:

As your children get older you, two types of rebellion emerge: passive and active.

This is wilful, conscious disobedience to commands or established rules. You tell your child to “Come here,” and he doesn’t budge.  “Stay in bed,” and she gets up. They may shake their head or just look at you.

This is any form of back-talk or cheek.  “No,” “I’m not doing it.”  The child refuses to take no for an answer or argues relentlessly about a decision you’ve made. The child may swear at the parent or say abusive things.

This can include slapping, biting, and kicking by toddlers.  Older children may spit, and teens may use their size and strength to cause injury to their parents, pushing them, squeezing an arm tight enough to cause pain etc.

A toddler may hold their breath, go stiff or limp, cry uncontrollably, or fall down and pound their fists on the floor. Older children may stomp their feet, scream, yell, throw things, stare and glare, or slam doors. These are all signs of active rebellion.

Related: How to Deal with Tantrums

The child does as he pleases even after you have given an instruction.  Ignoring you when you speak and refusing to answer a question is rebellion.

Passive rebellion is less conscious and premeditated than active rebellion.  It is more of a rebellious reaction than a planned action.  It often goes unnoticed by parents because it is subtle, and children are often unaware that they are being rebellious.

Occasional forgetfulness is common in children, but consistent forgetfulness is a form of rebellion.  If your child can remember to meet up with friends or get dressed for school, but habitually forget to make their bed or do home chores then they may be in passive rebellion.

External obedience with a bad attitude

Your child may obey you outwardly, but wash the dishes while sulking, grumbling, or pouting.  They may slam doors, glare, or give the silent treatment. Your toddler may allow you to dress him, but complain the whole time about having to get dressed. These all indicate resistance to your authority.

Your child does not come exactly when called, or walks slowly.  Your child may postpone obedience to show who’s boss.  They may do “just one more” after being told to stop.  They may dictate to you when they will obey – “I’m getting a drink first,” or, “I’ll be there in a minute.”

Related: How to deal with a rebellious teenager

Doing what is required, but not how it should be done

The bed is made, but not properly. You direct them to sit down in their high chair and they squat. This is partial obedience and passively resisting your will.

Walking away while being spoken to

Not only is this disrespectful, but it shows a heart not submitted to authority.

Premeditated lying is active rebellion but lying in the moment to escape discipline may be unconsciously done and is therefore passive. Don’t ever tolerate lying.

As a parent you are the one in charge of your home.  This is your God-given role.  You owe your children no apologies for exercising your authority.

God expects you to command your household after you – in a way that reaches the hearts of your children and not just their behaviour.

Because a child can be sitting down on the outside, but standing up on the inside.

Rebellion stems from a heart not submitted to authority. Don’t overlook the small signs of lack of submission.

Are you tolerating rebellion?  Are you excusing it?  Do you know what it looks like?

6 Ways to Stop being an Angry Parent

Note: this post first appeared in 2020, but has been updated. Do you keep losing…

Note: This post first appeared in 2017 but has been overhauled. 🙂 Rebellion in kids often…